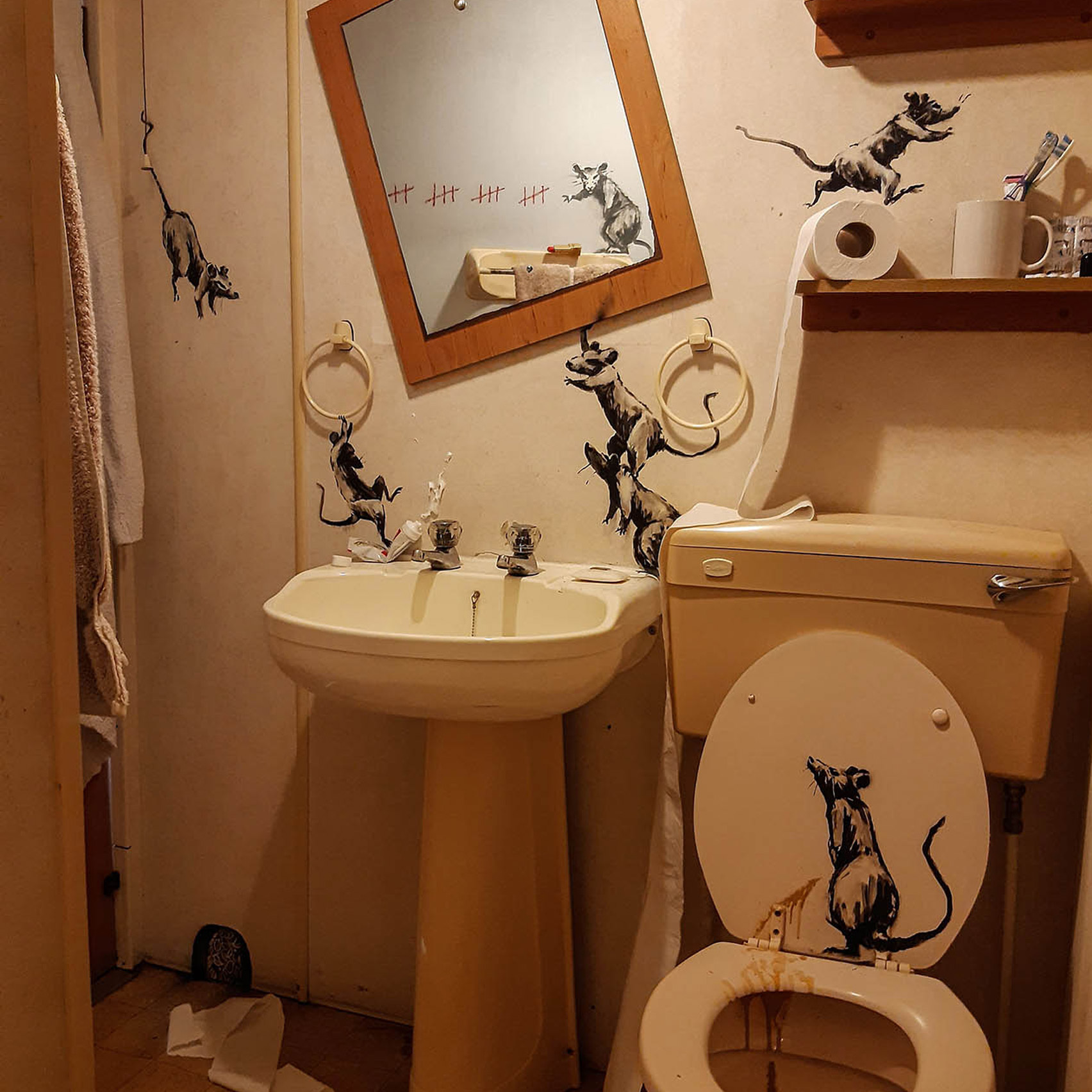 A pack of mischievous rats cause chaos in this installation by graffiti artist Banksy who, like many, is working from home during the coronavirus lockdown.

Banksy – who is known for hiding his identity – shared a photo of his bathroom installation on Instagram, accompanied by the caption: "My wife hates it when I work from home".

Nine trouble-making rats have been painted in black-and-white on the walls and furniture. 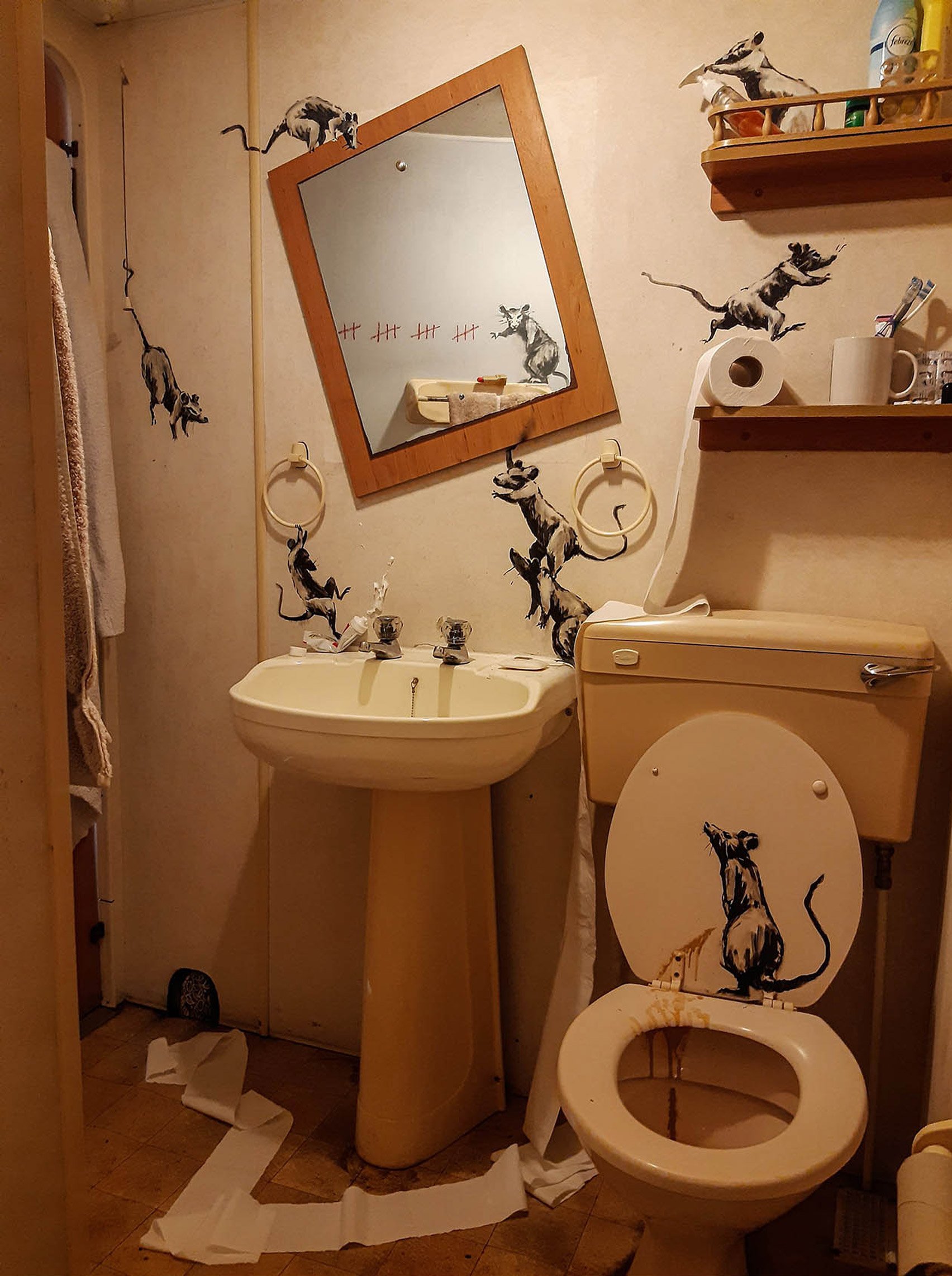 One rat appears to be peeing into the toilet, while another swings from a ring-shaped towel holder, plopping into a tube of toothpaste and squeezing it over a nearby wall.

Two of rats appear up on the shelves, scurrying amongst Banksy's toiletries. One scrambles over a roll of toilet paper, causing it to unravel down towards the floor, while the other is about to squirt hand sanitiser all over the room.

A trio of rats seems to be wobbling a vanity mirror above the sink, which is slanted against the wall as if it could fall off at any moment. In its reflection you can see a rat that has been drawn on the opposite side of the bathroom, making tally marks on the wall with red lipstick.

On the far side of the room, a rat dangles precariously from a light switch. In the bottom corner there is also an arched mouse hole, from where it seems all the creatures have emerged.

Banksy typically produces public-facing artworks on a much larger scale.

Just last year the artist erected an installation in the style of a pop-up shop – he used the space to sell branded merchandise, after a greeting-card company threatened to "seize legal custody" of his name.

Back in 2017, the artist created an art-filled hotel in Bethlehem, which sat just five metres from the wall that separates Israel from the Palestinian West Bank. He also painted a Brexit-themed mural against a four-storey building in Dover, which depicted a worker chipping away a star on the European flag.

The post Banksy reveals rodent-themed installation inside his own bathroom appeared first on Dezeen.