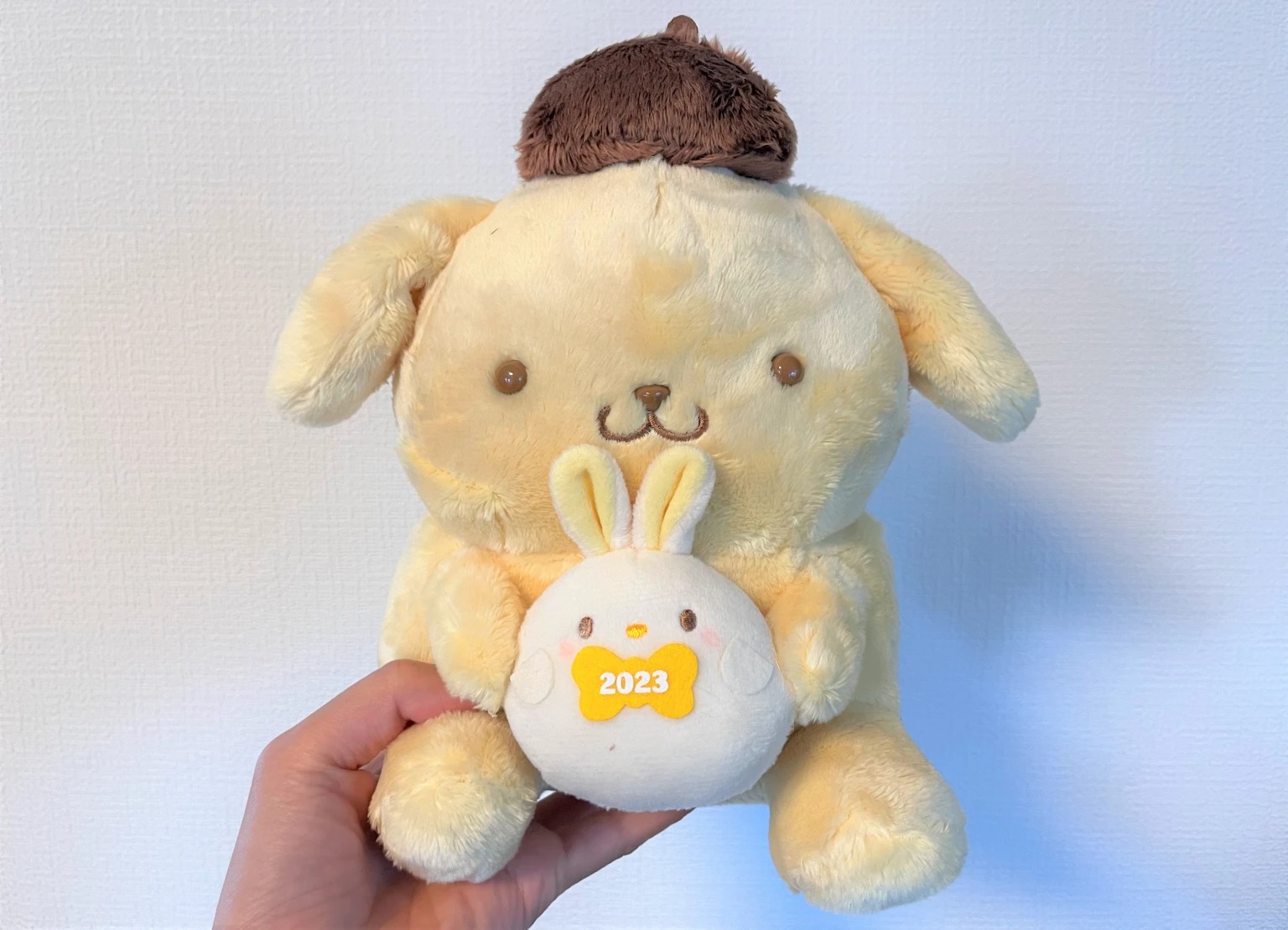 2023’s lucky bag is not only really cute, but for our reporter, quite profound.

We are right in the thick of fukubukuro (lucky bag) season here in Japan, where stores offer a selection of their wares for a greatly reduced price, with the only catch being that you can’t choose what is inside the bag, and often can’t see the contents until after you buy one.

We’ve already covered what’s in the lucky bags from stores like McDonald’s, Ikea and Starbucks, but our reporter K.Masami managed to snag a lucky bag from Sanrio, the company behind cute characters like Hello Kitty and Cinnamoroll. 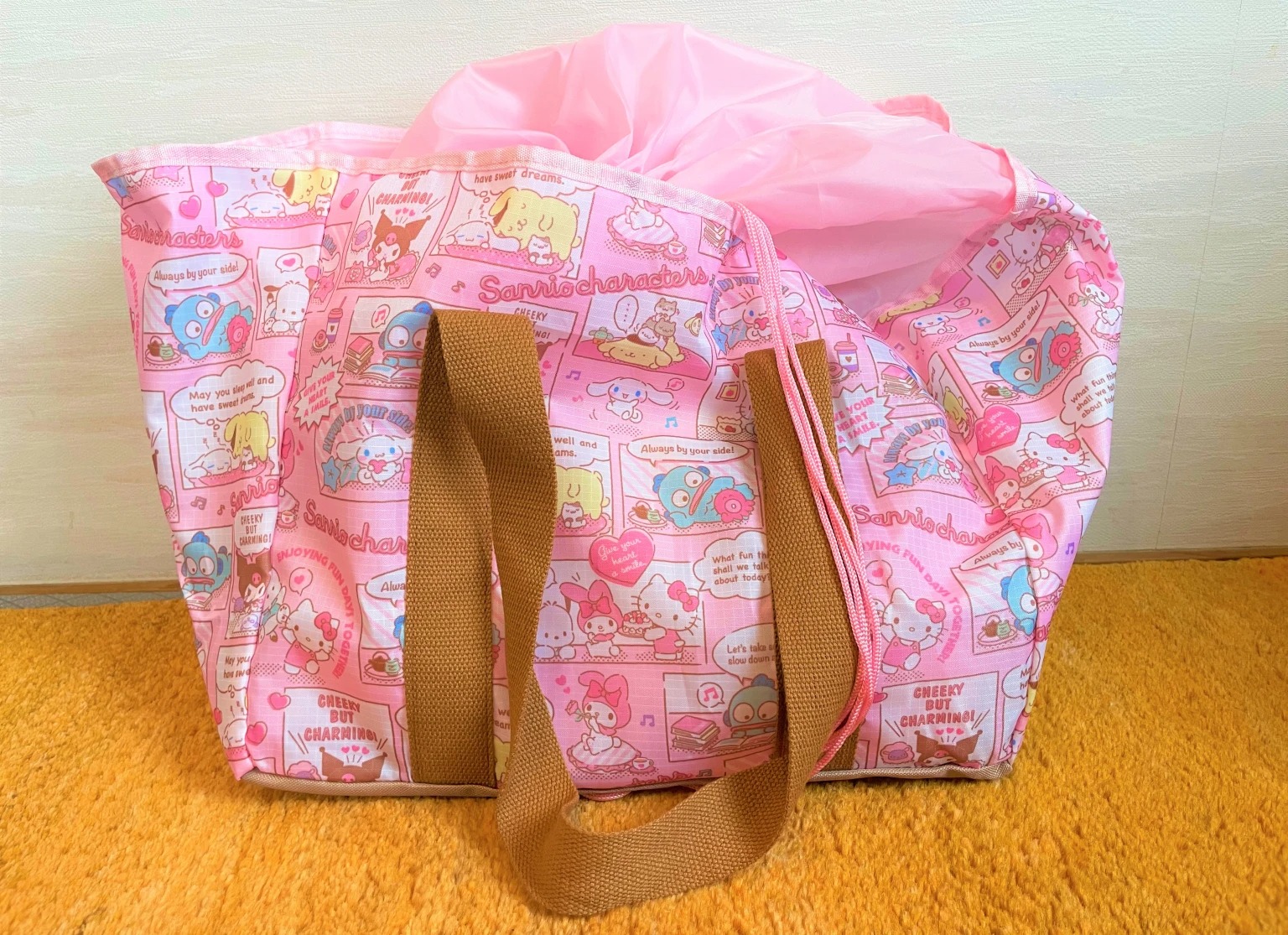 The Sanrio lucky bags sold out almost instantly online, so Masami had to head on down to her local Sanrio store, where luckily there were some bags left. There were three types of lucky bag, with each lucky bag containing items specific to a certain character. The most expensive bags were 5,990 yen (US$45.70) and were available in either Hello Kitty or Cinnamoroll options. The next level was the 3,990 yen bags, which could be bought in Hello Kitty, My Melody, Pom Pom Purin, Kuromi or Cinnamoroll varieties. The cheapest lucky bag cost just 2,990 yen and was available in Hello Kitty, My Melody or Cinnamoroll.

There were a lot of different varieties to choose from, but Masami went for the Pom Pom Purin lucky bag, which was only available at the 3,990 yen level. Just what kind of cute goods would be awaiting her inside the bag? 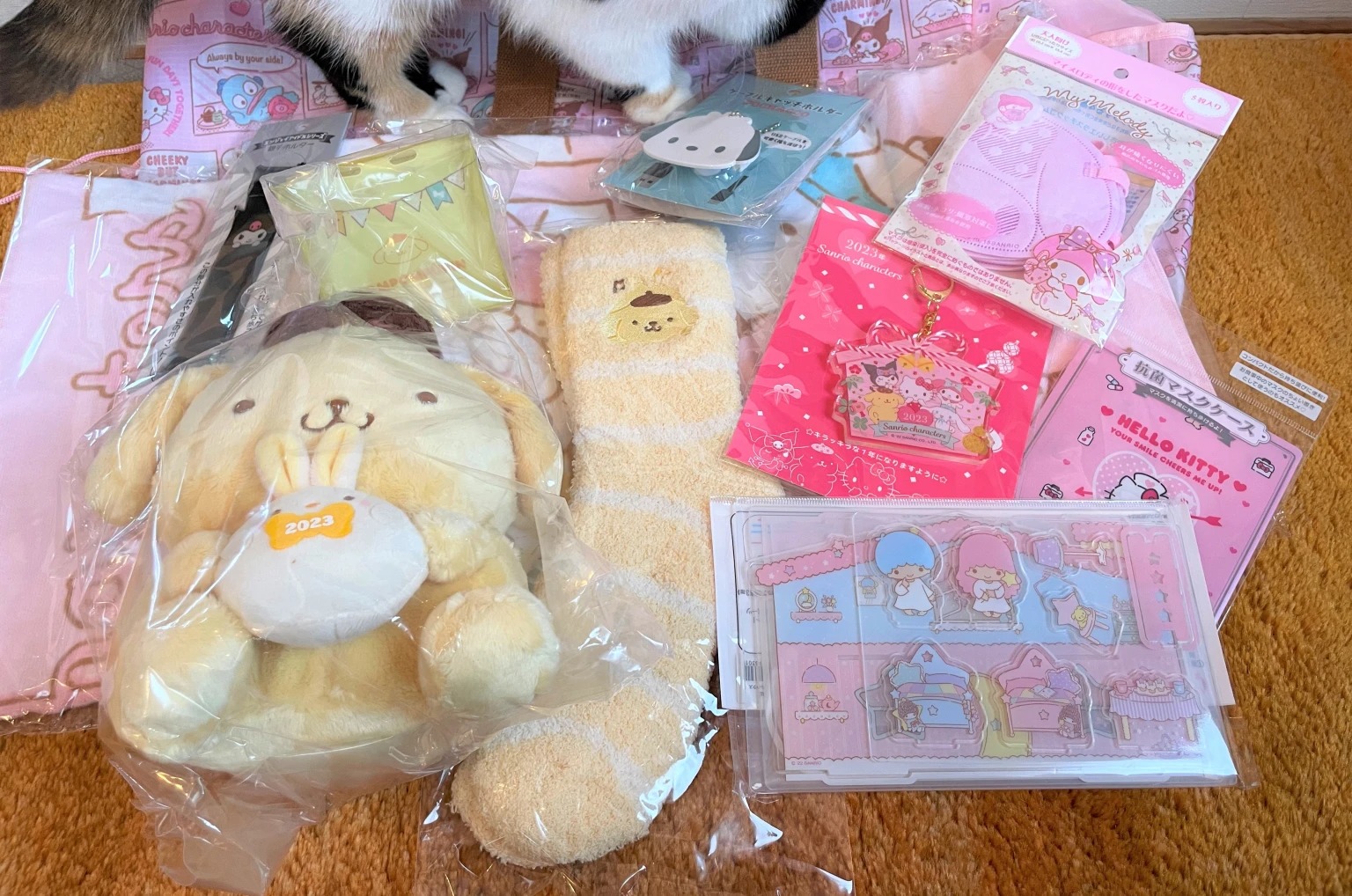 All in all, a pretty decent selection of goods for just 3,990 yen. Masami thought she’d definitely use items like the cable holder and the shopping bag, and the Pom Pom Purin goods were really cute. If she had to nitpick, the My Melody mask was a little too small for her face, despite being listed as ‘adult size’. Maybe adults who wear My Melody merchandise in their daily life typically have smaller faces? Who knows.

But the items that Masami was particularly curious about were the tent-shaped cuddly toy, and the Kuromi streamer holder.

Masami wasn’t really sure how she’d use the tent-shaped cuddly toy, but she could at least appreciate that it was somewhat cute.

The streamer holder was a real mystery though. From what Masami could tell from the instructions, it was a key chain made for storing pieces of streamers that fall from the ceiling at the end of concerts.

▼ You know a gig is coming to a close when these start raining from the roof.

Masami wasn’t quite sure why there was a product made for such a specific purpose, but she’s not really familiar with the world of oshikatsu (supporting your favourite idols/characters), and wearing accessories with your oshi’s designated colour is something of a must when participating in oshikatsu.

Although she’s still young at 30 years old, it got Masami thinking about how important it was to stay in touch with current trends, and indeed aspects of life she’s unfamiliar with, especially as she gets older. We’re never too old to stop learning new things, after all.

In the end, the Sanrio 2023 lucky bag was not only cute, but for Masami, quite profound. For hardcore character fans, this lucky bag is an absolute must.